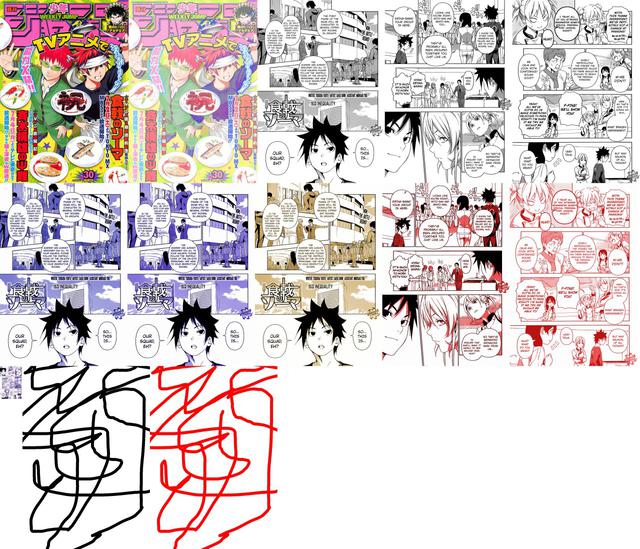 Discussing with the amazing guys at ImageMagick forums I ended up with this solution:

In order to compute those values I extracted the image's histogram, converting the image to 64 colors:

in this manner I have a good enough approximation of the image hues and a smaller dataset to elaborate.

Before computing hue std.dev I removed all low saturation rows as their corresponding hues are not meaningful.

Attached to this post you can find a Ruby script I wrote to perform this test.

For the image set in the post cover the results are the following (images in alphabetical order):

Images named lq_* are the quality=1 JPEG conversion of the same image set.